The celebrated philosopher of space has also written groundbreaking, but never-before-translated, works on history and time. “Metaphilosophy” and “End of History” are contracted to be published by Verso Books. But we need your help! 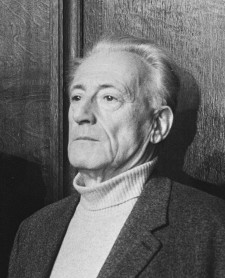 Henri Lefebvre (1901–91) was a French resistance fighter, sociologist and radical writer on the city who coined the phrase “right to the city” and influenced the Situationist International. Among Anglo readers, he is best known as the author of The Urban Revolution, The Production of Space and Critique of Everyday Life, but the Marxist philosopher’s sixty-some books also include several groundbreaking reinterpretations of metaphilosophy and temporal history, which have never been translated into English. We are calling for your support to translate his two most important works in this field, Metaphilosophy and End of History.

Metaphilosophy and End of History are parts two and three of an informal trilogy; the first volume was translated into English and published by Verso Books in 1995 as Introduction to Modernity. Metaphilosophy was first published in French in 1965 and is arguably Lefebvre’s most complete philosophical work. Offering Lefebvre’s most sustained engagement with Heidegger, along with detailed discussions of Marx, Hegel and Nietzsche, Metaphilosophy is concerned with how philosophy can metamorphize into a metaphilosophy—in other words, how philosophy might actualize and overcome itself—and in so doing, become something like Marx’s revolutionary praxis. In this regard, Metaphilosophy provides the theoretical underpinning to Lefebvre’s best-known ideas: his own ideas on the production of space, and his investigation of everyday life, are philosophical analyses, but in their applications to concrete political problems, they are able to transcend philosophy to become metaphilosophies.

The End of History is Lefebvre’s most sustained examination of time and history, and its rethinking of temporality provides a crucial counterpart to his thinking on space and geography. The End of History examines the meaning of such an end (which is less an “end” than the act of surpassing or overcoming), and provides the theoretical basis to ideas Lefebvre discusses elsewhere: its examination of the urban period of history (as distinguished from the agrarian and industrial periods) ties in with Lefebvre’s urban writings (especially in The Urban Revolution), and its examination of how world-history (Weltgeschichte) relates to the becoming-worldly of history (mondialisation) ties in with themes discussed in State, Space, World. A rich contribution to historical materialism, The End of History begins to untangle the fact that time and history, like space, is plural (physical, biological, social, cyclical, linear, political), overlapping and often contradictory.

We are now raising funds for the translation of both volumes, for a total of $28,400 ($18,700 for Metaphilosophy, and $9700 for The End of History). All donations over $100 will receive a free copy of either of these volumes. Donations over $250 will get both books, plus a $50 voucher for the Verso website (where you can purchase other books); $500 will get you two copies of each book, plus $100 on the website. If you’re able to donate $500 or more we’ll also thank you on a donors page for the project, and donations of $1,000 or more will also be acknowledged in the book.